Empress Maud, Lady of the English 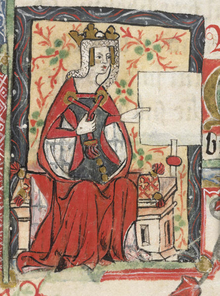 “Here lies the daughter, wife, and mother of Henry”

We would like to tell the story of Empress Maud who was never crowned Queen of England but caused civil war trying to attain her inheritance. Maud was also named Matilda but we will call her Maud to distinguish her from her mother, Matilda of Scotland and her grandmother, Matilda of Flanders. She took the title of “Lady of the English” but always preferred to be called Empress.

Maud was the daughter of King Henry I of England and Duke of Normandy and Queen Matilda of Scotland. She was born, probably at Winchester in February of 1102. She had a brother William Adelin (Atheling) who was born in November 1103. Little is known about her early childhood. Her mother had a bad experience being educated in a nunnery so she probably took control of her daughter’s instruction. We know Maud was literate and probably knew how to embroider. Very early, the King of Germany and eventual Holy Roman Emperor, Henry V was persistent in pursuing Maud as a wife.

By the time Maud was seven years old, it was confirmed she was to be the bride of the Henry V. In February 1110, she left for Germany with many Norman nobles and a 10,000 mark dowry, an enormous sum. Henry V was in a fight with the Pope over whether he should be crowned Holy Roman Emperor or not and he needed Maud’s dowry to continue the fight. Maud arrived in Liege in March and met her future husband for the first time. They then travelled to Utrecht for Easter and there they were formally betrothed and Maud was given her dower lands and property. In July 1110, she was crowned and turned over to Archbishop Bruno of Trier to be taught German and for further education. Between the time of her coronation and her marriage at Worms Cathedral in January 1114, Henry took Maud to Italy to fight for his investiture. Maud was received with accolades on her trip. 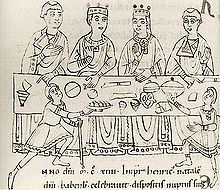 From 1114 to 1125, Maud was a faithful and loyal wife, administering her duties as Empress well. The only duty she didn’t fulfill was to have children. One historian says she may have had a child who didn’t live very long but we will never know for sure. Also, an event occurred in 1120 that was to have a lasting impact on her life. Her younger brother William Adelin died in the disastrous sinking of the White Ship. Her husband was to die in 1125. 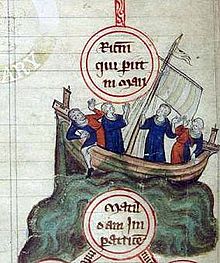 Maud’s father demanded she return to him in Normandy. She brought with her money, jewels and the ancient relic, the hand of Saint James the Apostle. At Christmas 1126, at Windsor, Henry had all the important magnates and prelates swear a solemn oath to support Maud as his successor, as well as any future sons born to Maud. Henry then called upon his good relations with Count Fulk V of Anjou to negotiate the betrothal of Maud to Fulk’s son Geoffrey le Bel. They were married in June of 1127. Maud was 25 and Geoffrey was 14.

Maud and Geoffrey’s marriage was tempestuous. They both had violent tempers. Maud could be haughty and arrogant and she decided to leave Geoffrey in 1129 and returned to her father in England. In 1131, Geoffrey pleaded for her to return to him. In September, Henry held a royal council at Northampton where they debated a separation of the couple. The King and council agreed not to confirm a separation and sent her back to Geoffrey in Anjou but not before Henry extracted a second oath from the council to support Maud as his successor. Henry made his last visit to Normandy in 1134 where he visited Maud and his two grandsons. Young Henry was born in March of 1133 and Geoffrey was born in May of 1134. Maud was deathly ill after the second child but she recovered. Another son, William was born in 1136. 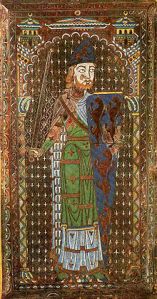 Maud’s aged father died December 1, 1135. Maud made no immediate move to secure the throne of England. But her cousin, Stephen of Blois did. Stephen was the nephew of Henry I by his sister Adela. He was Henry’s favorite nephew and he had endowed him with riches and lands. Stephen felt he had a good claim. Many of the magnates did not like Maud or her “foreign” husband. They felt there was no provision in English law for a woman to rule so they supported Stephen quickly, even though they were reneging on their oaths to Henry.

Maud was to go to England with her greatest supporter, her illegitimate half brother Robert of Gloucester in September 1139 to press her claim. She also had the support of her uncle, King David I of Scotland. Thus began “The Anarchy”. Castles were taken and lost, there were skirmishes rather than full pitched battles, noblemen changed sides over and over again. Neither Stephen nor Maud gained enough advantage to defeat the other. Maud’s greatest moment came in February 1141 when she captured Stephen at Lincoln and imprisoned him at Bristol. She gained access to the royal coffers and made her way to London where preparations were made for her coronation. But Maud started to raise taxes and take away privileges the Londoners had come to expect. Her arrogant ways and fiery temper alienated them. Stephen’s wife had raised an army against her and she eventually was chased away, never being crowned. After this she was called “Lady of the English”.

She went to Oxford and was ultimately forced to release Stephen from prison. He re-established his position and was re-crowned in November 1141. A year later, Maud was under siege. She managed to escape wearing a white mantle to camouflage herself against the snow and walked over the frozen Thames River to Abingdon and then made her way to Devizes Castle. Devizes was to be her headquarters for another six years of war of attrition with no one gaining the upper hand. Maud began to realize she would never gain the throne of England and started to work on paving the way for her son Henry to become King.

Maud returned to Normandy and lived out her days ruling the Duchy in her own right and advising her son. Her husband Geoffrey died unexpectedly on September 14, 1151. Henry went to England several times to press his claim but couldn’t get a decisive victory. In 1152, Stephen’s wife died and then his son died in 1153. Stephen negotiated the Treaty of Wallingford with Henry in November 1153, naming Henry as his heir. Stephen was a broken man and lived another year. Henry was crowned King Henry II on December 19, 1154. Henry had married Eleanor of Aquitaine on May 18, 1152 and now she was Queen of England.

Susan Abernethy has a degree in history and is a member of the Rocky Mountain Medieval and Renaissance Association and the Historical Association in Britain. Her blog, The Freelance History Writer has been continuously publishing historical articles since 2012, with an emphasis on European, Tudor, medieval, Renaissance, Early Modern and Women’s history. She is currently working on a biography of a prominent Stuart royal.
View all posts by Susan Abernethy →
This entry was posted in England, France, Germany, Medieval History, Queens and Rulers and tagged Devizes, Empress Maud, Geoffrey of Anjou, German Emperor Henry V, King Henry I of England, Matilda of Scotland, The Anarchy, White Ship, William Adelin. Bookmark the permalink.

16 Responses to Empress Maud, Lady of the English